Kim Ballard gave a trial lesson to a group of AS English Language students at the end of their first year. Here is her description of the group:

You might like to know a bit more about the students who acted as guinea pigs! As I mentioned, they were all at the end of the first year of AS English language. During the year, they studied children’s language acquisition, which is when they also learnt to use the IPA. In the last few weeks, they’ve been doing some background work on the history of the language – and you can see some evidence of this in their responses. Fifteen students (males and females 6:9) took part in the activity. … The students had a copy of the IPA to help them complete the worksheet. I spent about 5 minutes at the start of the session explaining why they were doing this but only gave them a minimal amount of help with filling the sheets out, which took them about 20 minutes. This is certainly the kind of activity sheet I would use in teaching – although normally some kind of teacher exposition would precede them working independently, and a discussion would follow it.

Here is the material she used: 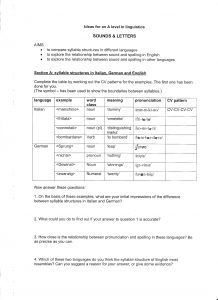 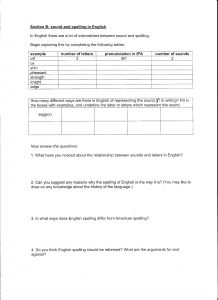 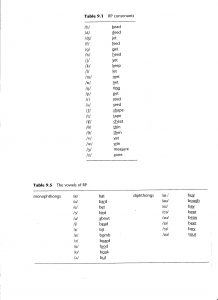 And here are two sets of student answers from opposite ends of the ability spectrum: 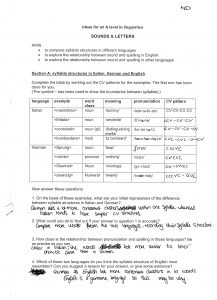 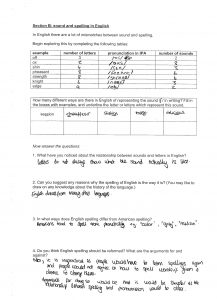 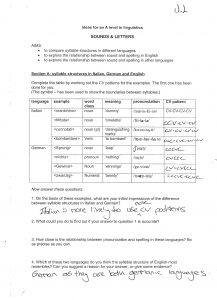 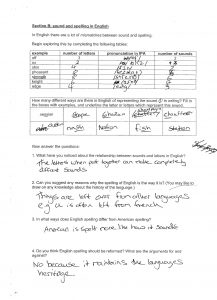